Home/Grub Control
Grub ControlSteve Hoogenakker2019-04-01T07:15:22+00:00
Is your lawn turning brown even though you keep it watered and fertilized? White grubs may be the problem. Grub Control requires properly timed applications of a soil insecticide to infested turf.
How can you tell if your lawn has grubs? Pull up a small section of turf. You’ll know right away if there are grubs present. We can eradicate the problem for you before they cause major damage.

How to identify Japanese beetles 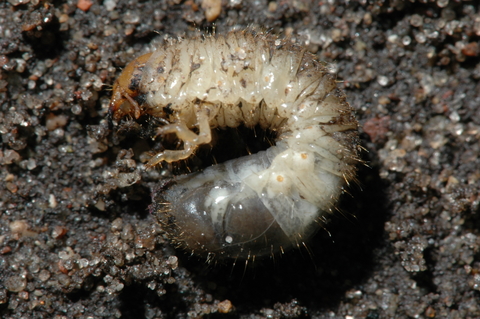 Japanese beetles were first discovered in Minnesota in 1968. At first, only a few beetles were found. By 2001, they occurred in much higher numbers. In one year the Minnesota Department of Agriculture (MDA) trapped more than one million beetles.

Since then, Japanese beetle numbers have fluctuated from year to year. Japanese beetles are most commonly found in the Twin Cities metropolitan area as well as southeast Minnesota. The MDA maintains an updated distribution map of Japanese beetles.